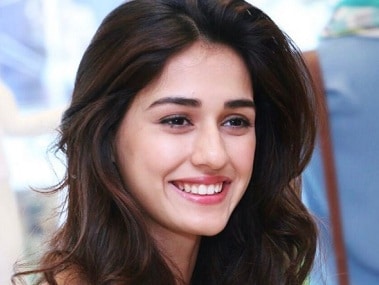 Disha Patani, who made her debut in Bollywood as Priyanka in Neeraj Pandey’s MS Dhoni: The Untold Story back in 2016, has since been the talk of the town.

Recently, the 26-year-old actress is back in the news for her video clip where she is seen auditioning for a cold cream commercial. The video clip is from her first ever audition when she was just 19. In the video, she is seen dressed in a white vest with shorts and her hair tied back in a ponytail. The actress looks very different from what she looks today.

Before Bollywood, she made her debut in the Telugu film industry opposite Varun Tej in 2015.

Meanwhile, on the work front, Disha has a few projects lined up for this year. She has Mohit Suri’s Malangand Anees Bazmee’s film with Kartik Aaryan.

Her big release anticipated this year however is where she will be playing a trapeze artist in Ali Abbas Zafar’s Bharat, which will also be her first ever collaboration with Salman Khan. The film also stars Katrina Kaif, Tabu, Nora Fatehi and Sunil Grover. It is reportedly based on the South Korean film Ode To My Fatherand will release on Eid.