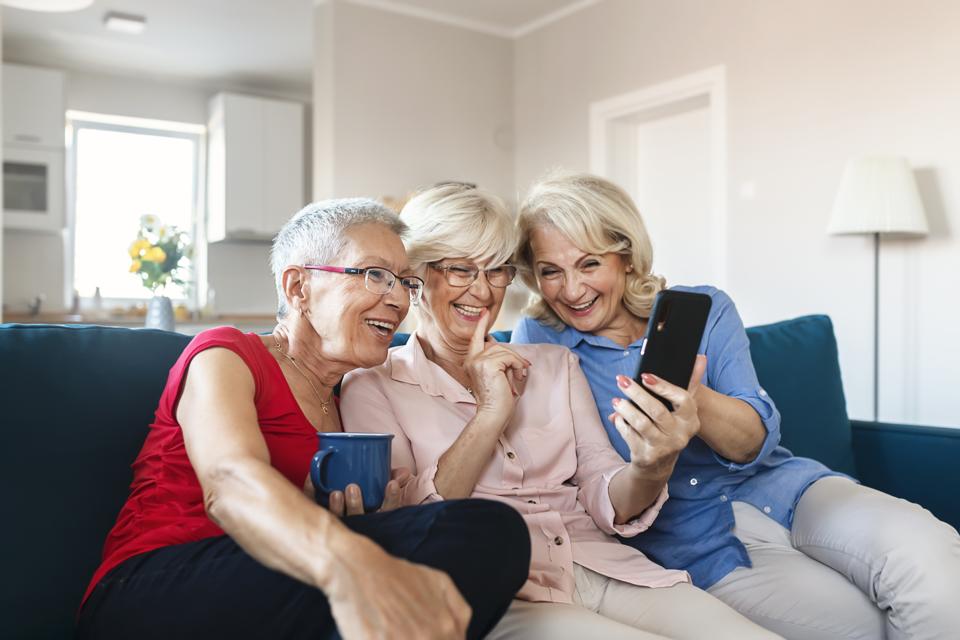 When we think of the generation most likely to have their noses in their phones reading the latest posts on social media, millennials typically come to mind. This is the generation that tends to “lean forward” to stream videos rather than the “lean back” method of sitting on a couch to watch TV.

Yet according to new research from Security.org, it seems that baby boomers are using social media daily, and more importantly 84% of boomers report that social media is likely to improve their lives. In fact, one in three millennials is somewhat pessimistic about social media and feels it worsen their lives – that is more than any other generation.

“We found that the majority of Americans preferred social media in their lives, but what really surprised us was the overwhelmingly positive response from the baby boomer generation – especially when contrasted with their millennial counterparts, who were most likely to feel social media worsened their lives or would prefer it didn’t exist,” said Corie Colliton, who managed the project for Security.org.

Boomer Are Used To Newer Media

One factor could be that millennials practically grew up with social media, and it has always been part of their lives. For baby boomers they’ve seen technology roll out new forms of media, and this is the generation that grew up with TV, were adults when “cable TV” became commonplace, saw the early development of the Internet and were middle aged by the time the first “social media” companies came on the scene.

We may think of “new media” as being computers, the Internet, social media, streaming media, etc. For today’s boomers every advancement in media for the past 50 years has been “new” media!

In other words baby boomers are arguably more used to changes because they’ve been there and done that already with other technology. This was a generation that once understood how making a “long distance” phone call was expensive and not the sort of thing most people did every day!

Baby boomers were a generation that still wrote letters to friends and family, and regularly took the time to gather the kids for those “holiday photos!” So of course boomers loved email and texting was just an extension of that.

The biggest difference might be that while gen-xers and millennials can typically type on their phones with their thumbs, boomers still use the pointer finger – pretty much how most boomers still dial “push button” phones (what they are also likely to call any phone or handset that doesn’t have that antiquated “dial”).

Another important factor to consider is that boomers still read print magazines and newspapers, still lean back to watch TV on big screens and yet only use social media sparingly.

“Millennials generally spend more time on social media and there are diminishing returns to that time spent,” explained Colliton. “Millennials also tend to use social media as an ‘aspirational’ or personal branding tool, either by posting exciting updates or following accounts of people they admire – which can have the opposite of the intended effect and leads to the ‘FOMO’ feeling.

“Alternatively, baby boomers generally don’t spend as much time online as younger generations, so their time on social media may not feel oversaturated,” added Colliton. “Baby boomers tend to use social media for interpersonal reasons like reconnecting with friends, getting family updates, etc. and have more positive emotions associated with the experience as a result.”

Not only are boomers engaging with social media less than their younger counterparts, the boomers are also tending to be more interested in Facebook as a way to connect with old friends and family. However, according to data from Statista from last year, YouTube was the most popular social media platform, with 70% of boomers saying they regularly used it, compared to 68% with the social network.

The fact that YouTube was the preferred social media platform shouldn’t be entirely surprisingly either, as it is the platform that actually has the least “social” interaction and is really just a form of TV programming on demand for niche audiences.

This could be completely in line with Security.org’s findings that those who found social media most likely to improve one’s life was a male, baby boomer from the south, who is married, has at least an associate degree and votes Republican. By contrast those who felt social media could worsen one’s life was a female, millennial from the Midwest, who is unmarried, votes Democrat and has college credits but no degree.

The study also found that just four in 10 would prefer a society in which social media didn’t exist, with 44% of millennials feeling this way, and just 26.5% of boomers.

Apparently among the great divides in this nation, social media usage and whether it is good or bad is just another one!